Now I’m reclining in a small, red leather couch. A small, red leather couch in a small cottage in a large farm within Brecon Beacons National Park, Wales to be precise. A massive Newfoundland is keeping vigil on the front porch as I type. I don’t know his name, so I’ve resorted to calling him “Doggo Jones.” He’s a very stoic, very good boy. I must admit I’ve been remiss in my blogging duties as of late. Between a bout of chest sickness and the day to day logistics of traveling (primarily walking) all over the place, the tank has been hovering around ‘E’ by nightfall for the last week or so. Though today, surrounded by green pastures and fastidious farm animals, I feel recharged. So now, if you’ll pardon the hiatus, allow me to recount our last days in the Big Apple! 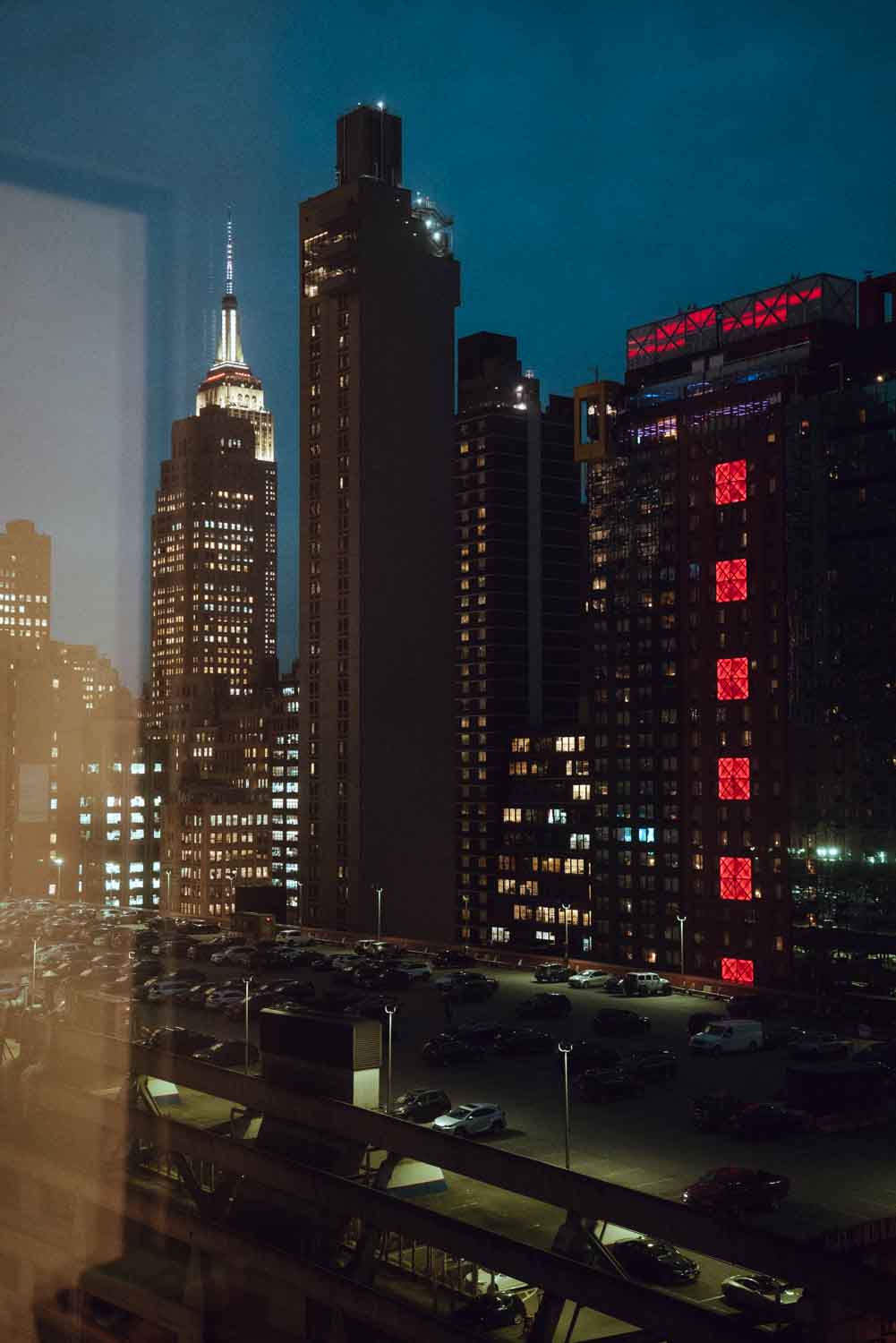 The eighth day of our journey was without doubt the least compelling thus far. Unfortunately, it was spent sorting out a technical issue with our main external hard drive. Whenever plugged in, the damned thing would fry the computer and force a shutdown. This was bad news, as this particular hard drive was (and still is, thankfully) the depot for nearly all of the images we’d collected between Omaha and NYC. Plus, it was brand new and pricey. Sarah and I spent hours trying to figure out the issue. Our only respite was a visit to an anonymous deli down the street. I say anonymous because I can’t remember the name nor can I find it on Google maps. Just one of those days! Eventually we discovered the root of the problem: a faulty lightning cable. Luckily we could still connect through your run-of-the-mill micro-usb. Crisis averted. The only excitement occurred later that night. The shriek of the fire alarm sent Sarah and I out of our bed and into a scramble. I grabbed my laptop and my passport and we filed into a narrow staircase with the rest of hotel guests. Apparently, it was a false alarm. I asked a little girl outside if her stuffed animal dragon was the one responsible. She giggled and shook her head no. I reckon a different magic dragon may have been the culprit… 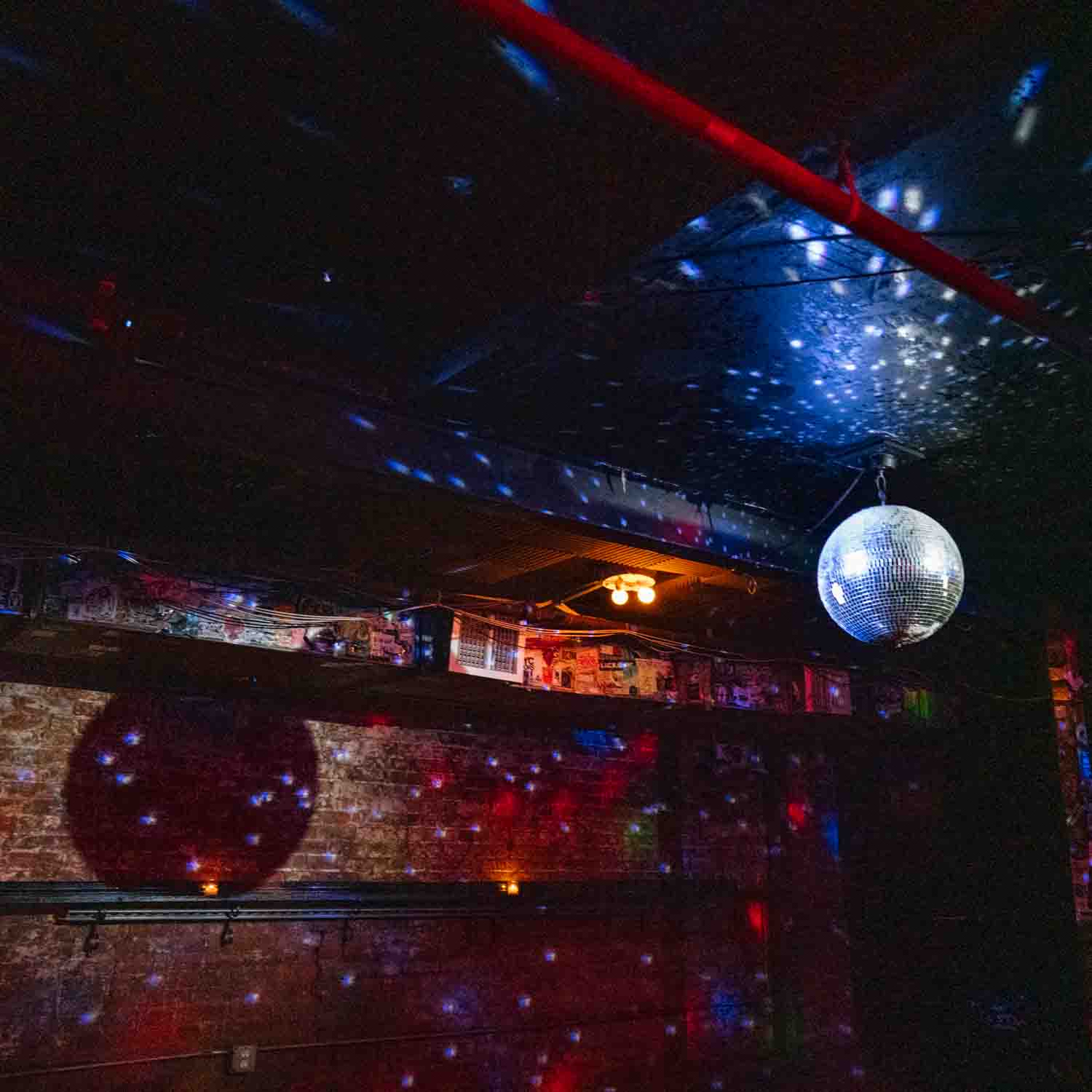 With technology placated, the ninth day was spent reattaining a more human connection. An advertisement reading “The Best Damn Chicken Fingers You’ve Ever Had” caught our eye. It belonged to Sticky’s Finger Joint, and the bold proclamation won our patronage. Perhaps it was my empty stomach, perhaps the remarkable variety of sauces paired with tender, crispy chicken, but at the time I couldn’t recall having better. Talk is cheap, but so were the chicken fingers, and they were damn good. After lunch we head to Sarah’s go-to photography equipment purveyor, B & H. She’d seen the value of my backpack’s hip strap and found B & H carried one for her pack. Despite the many shiny temptations the store offered, I convinced her the only technology we needed concerned weight displacement. We left with a new strap and a weight off Sarah’s back. Across the street and over a pint at yet another Irish pub, McGarry’s, we discussed our next move. Another recommendation had been to catch a concert at the historic Bowery Ball Room in the Lower East Side. I checked online, and sure enough there was a booking for that night. Though I’d never heard of Mark Guiliana before, once we’d seen he’d preformed with Bowie regularly, we were sold. 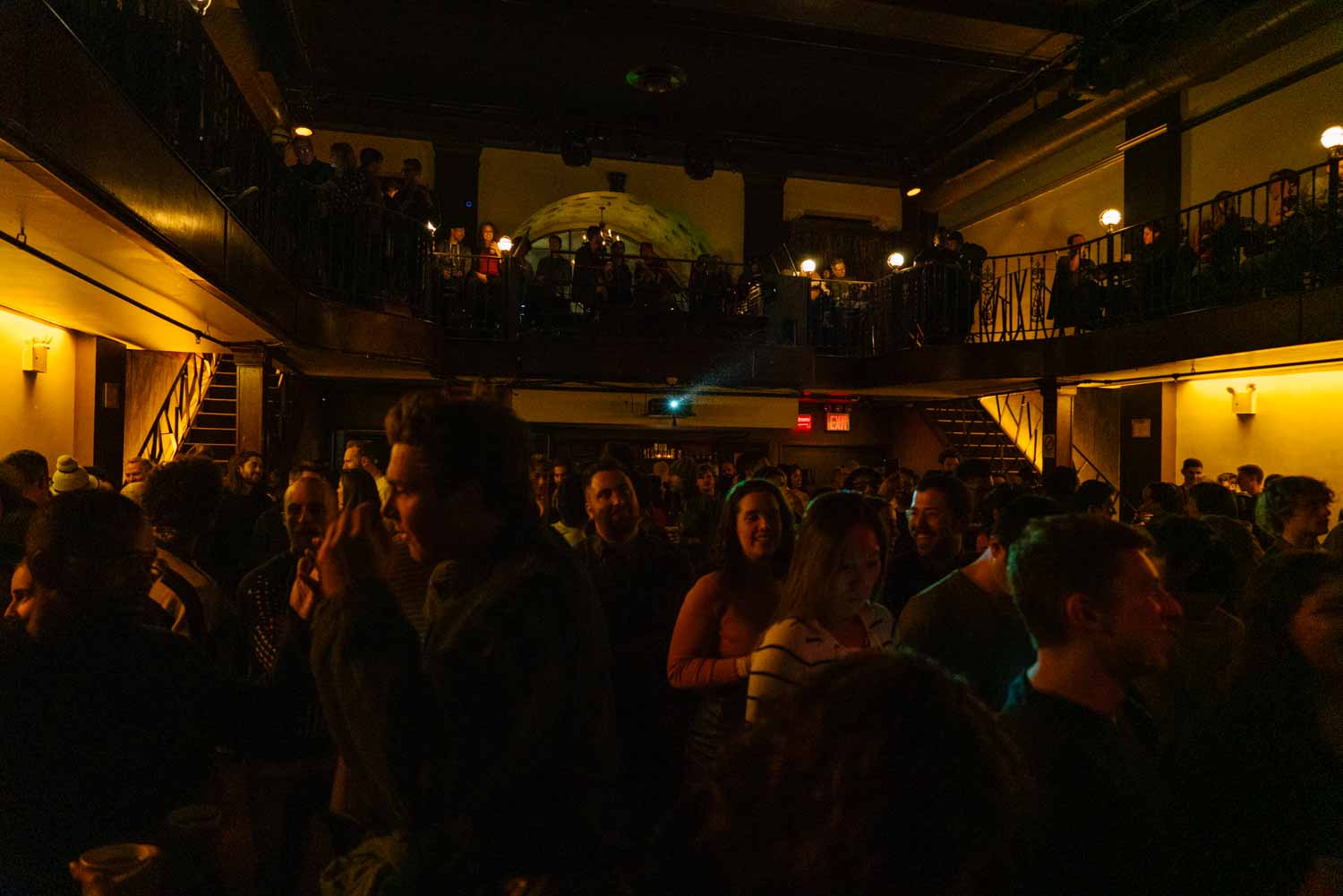 Back in the Lower East Side, we stopped at a moody hipster haven called the Home Sweet Home. A spectacled cobra and a mongoose wage perpetual war in a taxidermy display near the entrance. Candles and a single shimmering disco ball provide the only light sources. I felt quite at home sipping suds there. Finally, we hit the venue. The interior bar is warm and venerable. Upstairs, the concert hall. Ringed by a dark-wood balcony with yet another bar looming center, the ballroom is spacious yet intimate, dark and inviting. We walk in half way through the opener’s set, a frenetic and unique ensemble of instruments with equally unique performers at the helm. I’ve never seen a violin chopped so violently, or cello sawed with such fervor, yet the sound produced by yMusic was an enchanting cacophony. Next, the soulful Taylor McFerrin, who even had his sister offer a rapturous R&B hook over silky smooth beats. At last, Mark took the stage, along with a troupe in matching construction-orange hoodies. Their outfits enhanced the industrial flavor of the set, and Mark’s almost machine-like precision on the drums made for some pulse-pounding vibrations on the floor. We left the Bowery a little deafer, but satisfied. 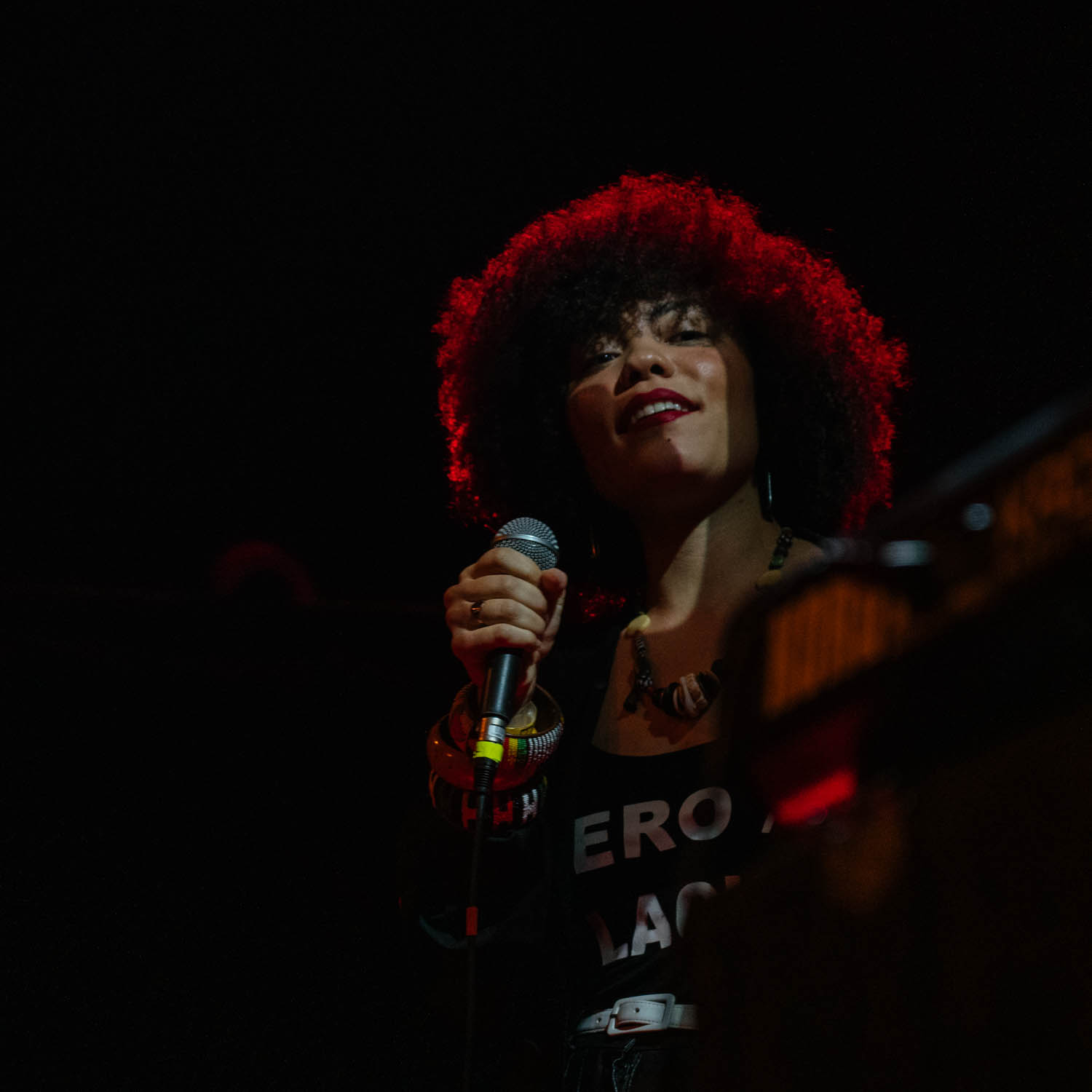 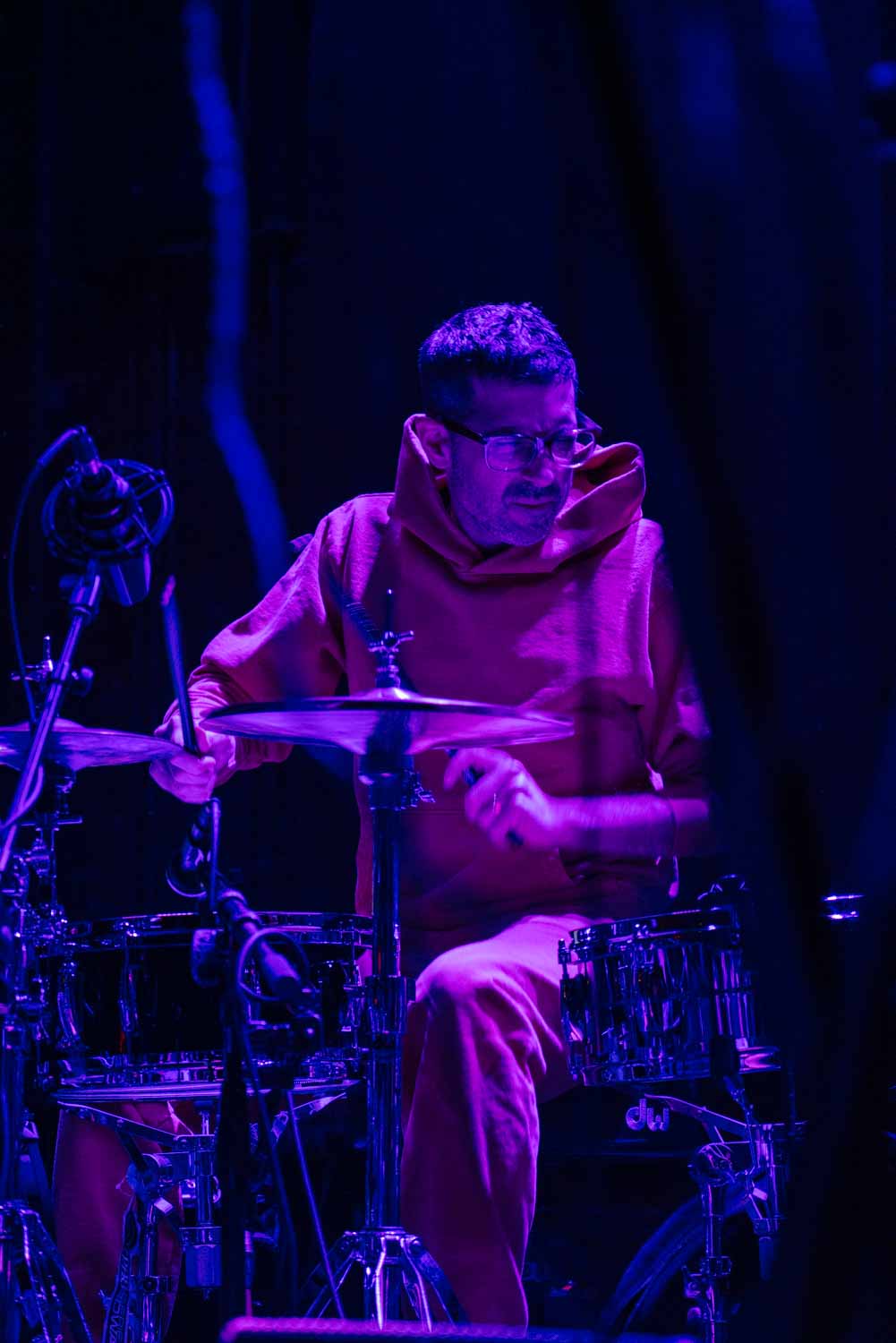 Our final day in NYC was spent doing laundry. This meant I was out in the streets wearing shorts, a coat with nothing under, and some purple knee-high socks. I felt like a true blue New York trendsetter. Before the airport, we got our last little taste of Mexican food at Taqueria Diana– delicious traditional tacos and quesadillas. Highly recommend! 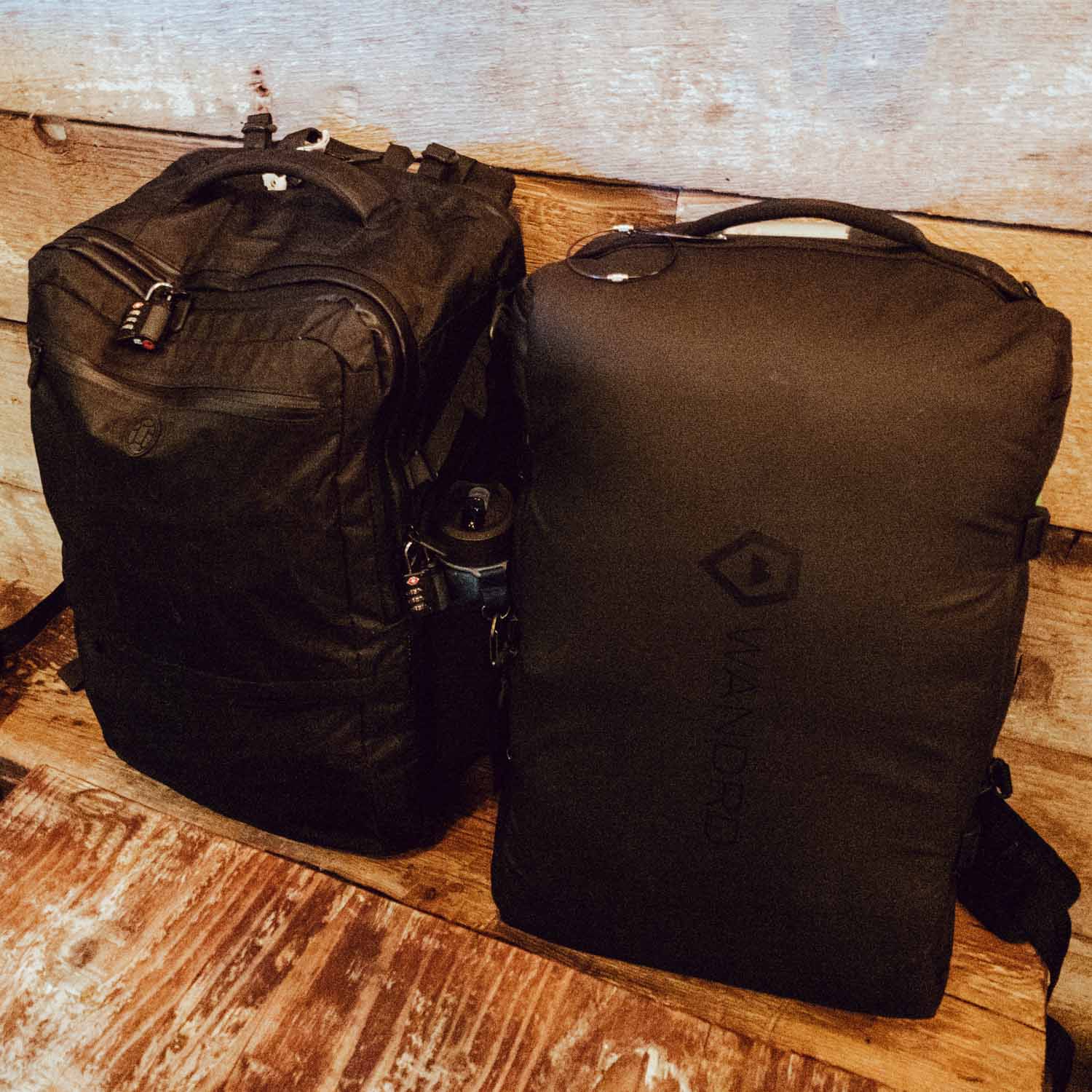 Next, our first international destination, Marrakesh!