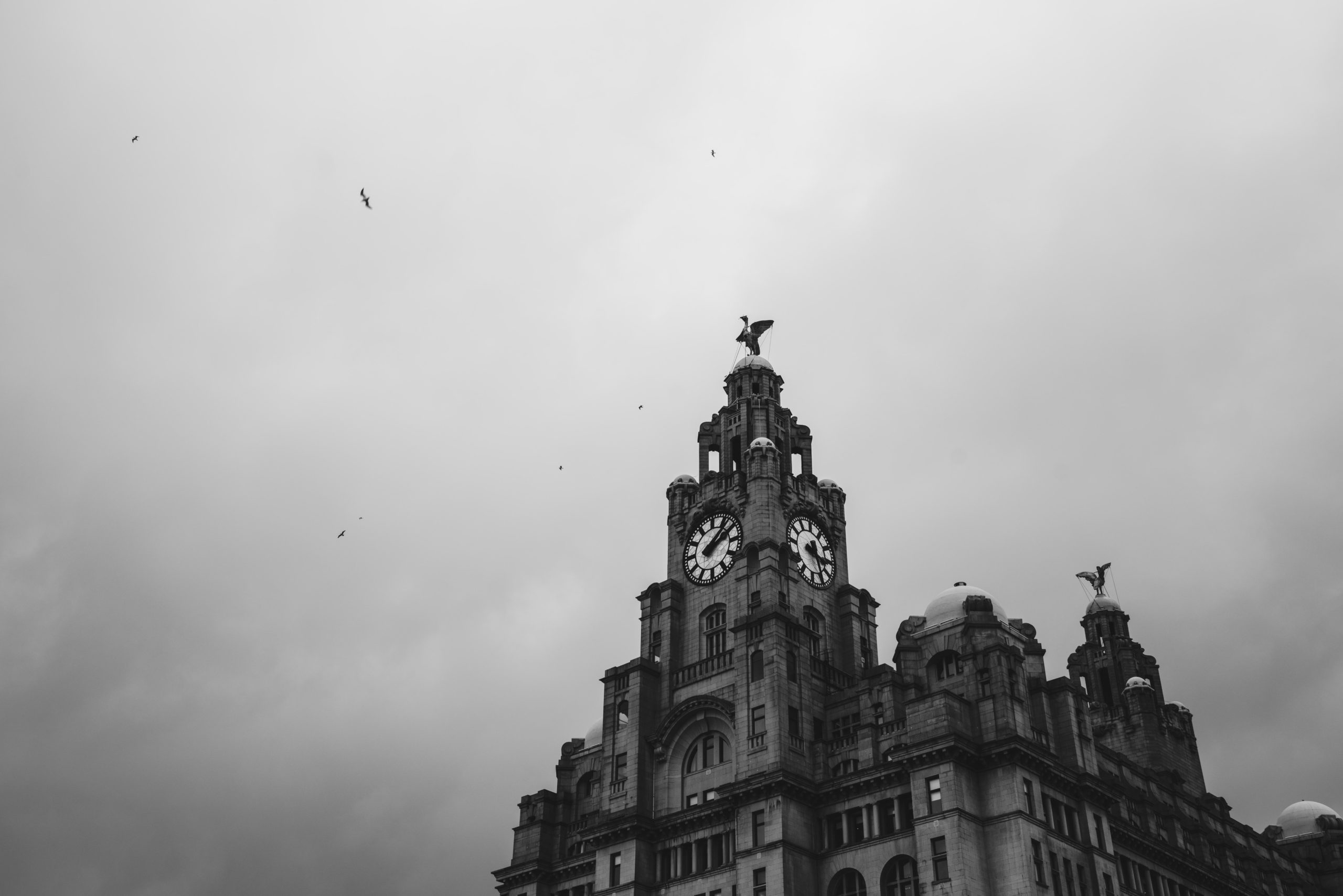 After four days in Swansea, with exceptionally charmed weather, we packed our unwashed belongings up and headed North in search of new territory and a laundry machine. The sun had gone into hiding again and the skies muddied with grey as we hiked several miles from the coast to the Swansea national rail station. All aboard! Headed to Liverpool!

Three trains and several hours later, we arrived at Liverpool station. Without cell service, I was desperately connecting to any Wifi source in an attempt to find out where our home for the next few days was located. Behold, our host, Diane, was graciously waiting for us outside of the station in her dark-blue manual Audi. “Hello! So glad you found me! Welcome to Liverpool!” Her accent was thick, her voice raspy and it took a few minutes of listening to get accustomed to her enthusiastic speech.

On our drive through traffic, you could tell Diane loved to host, and she loved her city, pointing out hot spots, what to avoid, bus routes, ect. Diane had visited America several times before– one of her best friends married an American and had spent time camping out with them in Wyoming and hitting the casinos of Las Vegas in years past.

Pulling into a neighborhood 15 minutes from the station, Diane parks the whole passenger side of the car unto the curb – the streets being much more narrow than in America. Diane, still telling tales, takes a breath and proceeds to describe the layout of her home. The bottom floor is our rental, her son lives in the middle floor and she resides on the upmost level. She guides us into her home, mentioning repeatedly that if there’s anything we need to let her know. She then headed out in fabulous attire for drinks and dinner with her girl friends.

We unwind. Smelly, stuffed backpacks can finally breath, along with our wet feet. Diane had filled the fridge with beers and a bottle of Prosecco– quite a thoughtful touch after a long day of travel. We ended our night with a larger than necessary pizza from a corner pizzeria nearby.

The remaining three days, we walked and traveled by bus around Liverpool. Although it was quite windy and storm Dennis was approaching, we managed to move around well enough. We stood with the legendary Beatles statues on the bank of the river Mersey and indulged in Fish and Chips (again). In search of some nightlife, we bought cheap tickets to an indie-pop/rock group show featuring the band Sorry, playing at EBGB in downtown Liverpool. We put on clothes that had finally been through the washing machine, indulged in tapas and headed to the Heebie Jeebie’s bar, located on top of the underground EBGB venue. Live music was playing and a special above the bar read “2 for 1 Gin and Tonics”. After several doubles each, we were ready for a show and headed downstairs for the concert. Arriving early lead to securing spots in the front row and meeting Shannon and Josh. 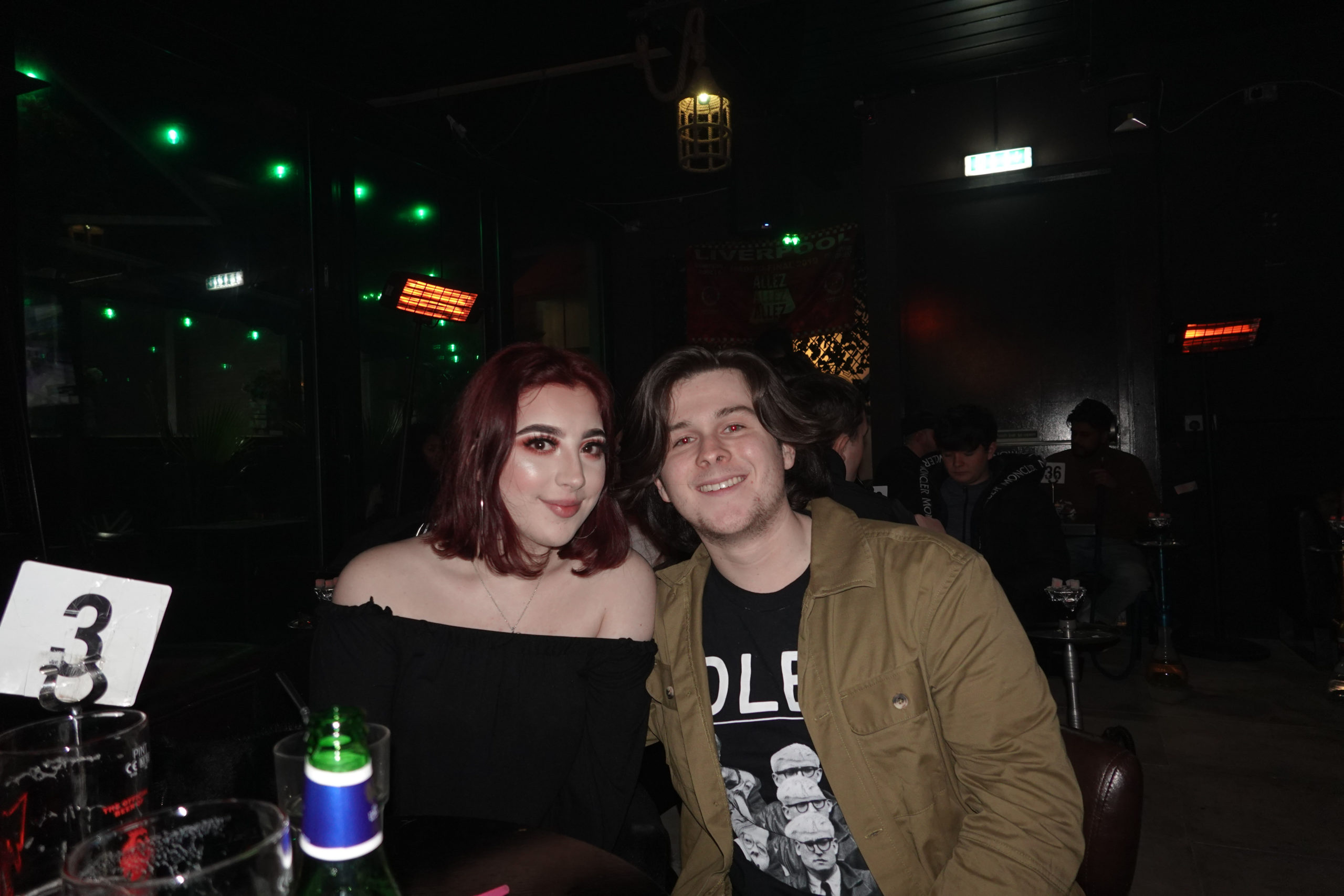 With inhibitions low and no itinerary for the rest of the night, we tagged along with Shannon and Josh, winding freely through the clammy streets, to the Zodiac Lounge– a hidden rooftop spot with hookah and drinks. We mingled over a few more beers and shared our backgrounds with each other. As it was time to head home, we said goodbye and swapped contact information. A wonderful relationship formed there, and we continue to keep in touch. 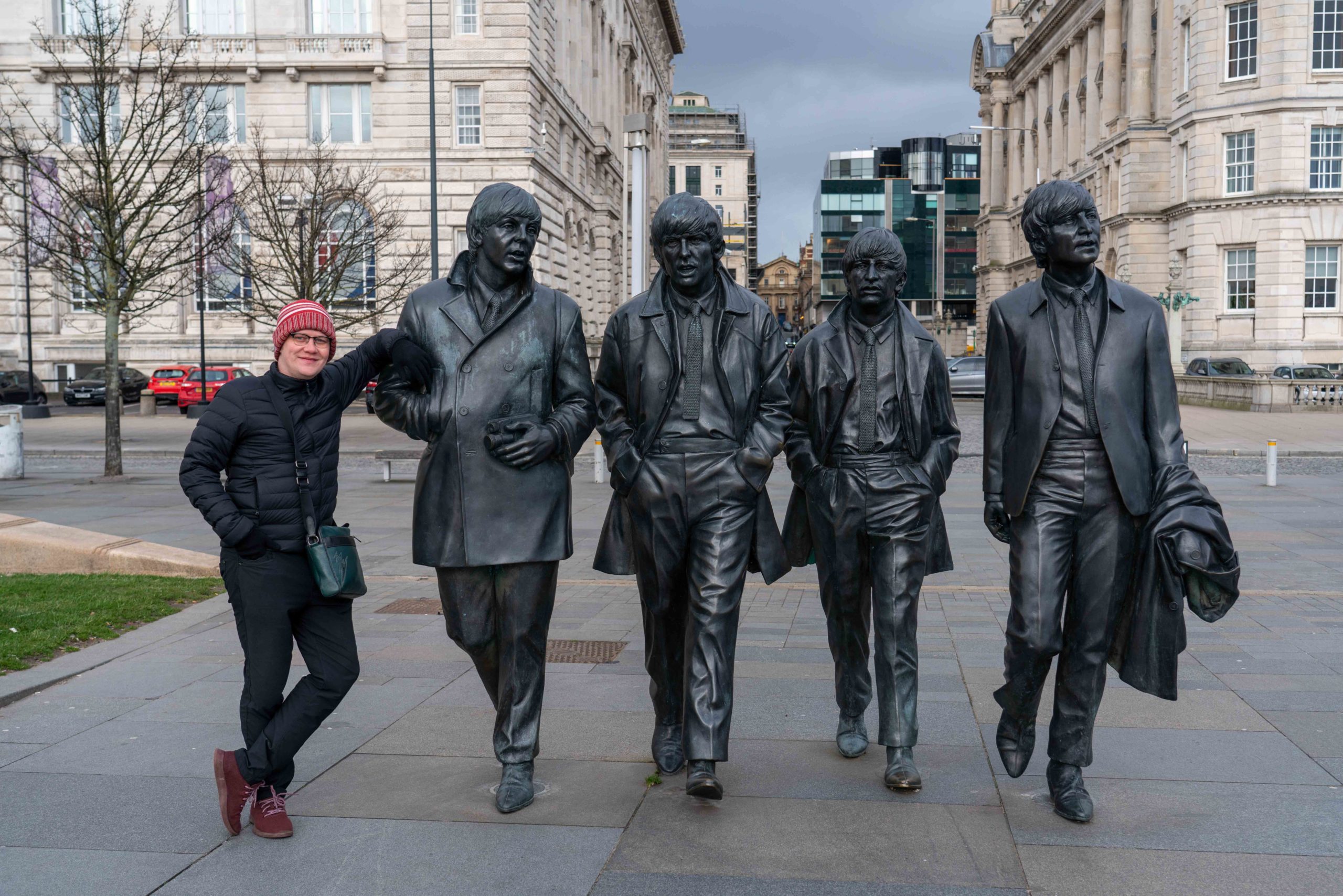 We had been in the UK for a little over a month now. Between London, Wales, and now Liverpool, the grey skies, the cold and rain, was growing weary. Storms were only predicted to get worse and train cancellations had already been affecting service in the North. On a whim, we decided to go somewhere warm. Asia didn’t seem like the smartest option, and we didn’t want to start our Schengen Visa yet. (Thankfully we decided against heading to European countries like Spain and Italy. Little did we know those would be the worse affected countries by COVID-19 in the upcoming weeks).

South America was still experiencing summer and we wanted a little slice of that. Sitting at a bar, with gin and tonics in hand (again), we booked tickets 7 days out for Santiago, Chile. Now, we just had to get back to London for the flight. We folded our belongings back up, and strapped on our packs, headed to the train station. Needing to head south to eventually get to London, we decided to stop in Birmingham for a few days. 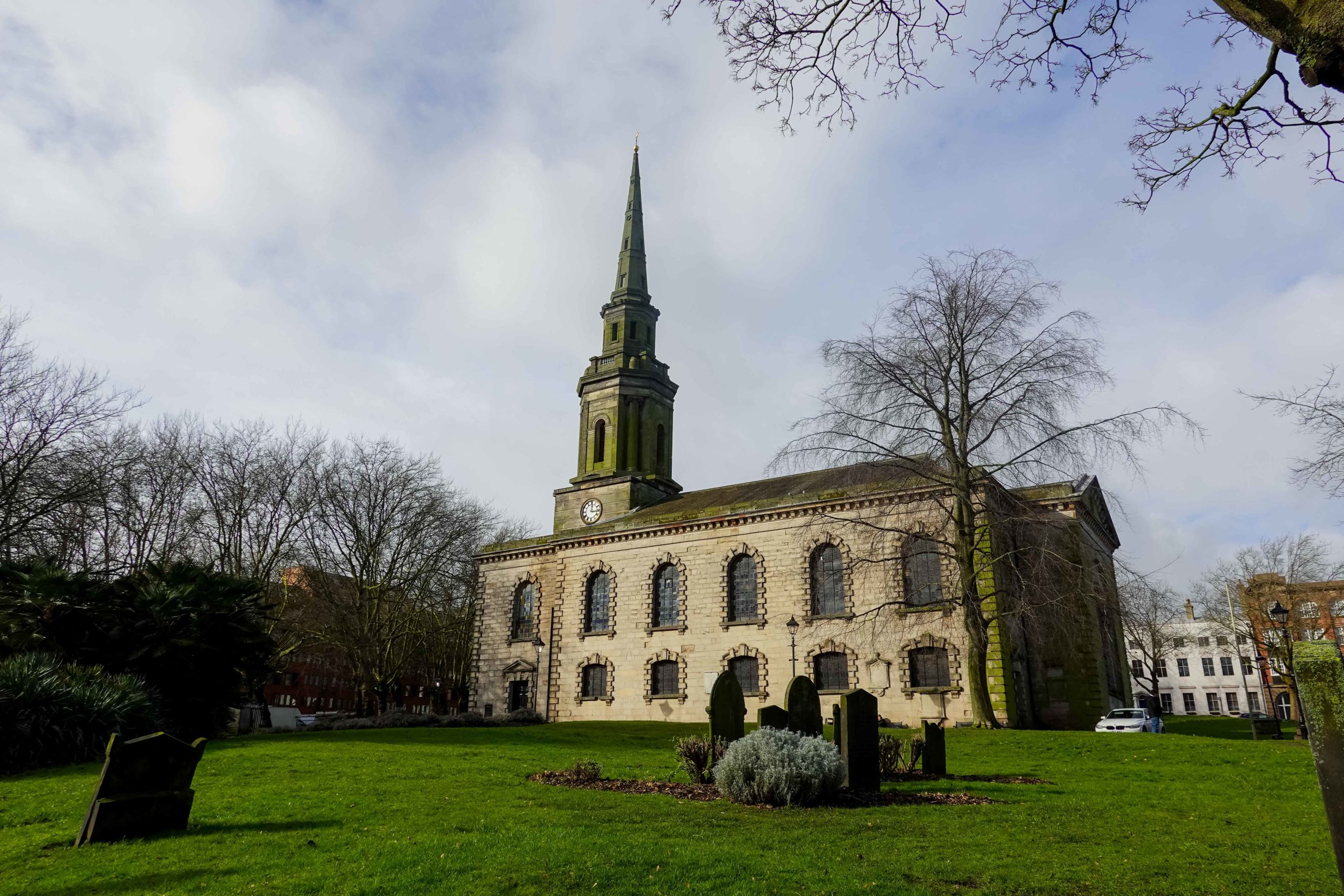 We stayed at the nicest hostel we’ve ever been in, Selina Birmingham, located in the old Jewellery Quarter. Private bathroom, queen bed, clean with modern decor for $25 a night. We spent our time in Birmingham walking around, catching up on blog posts, extreme mini golf and predictably, eating. 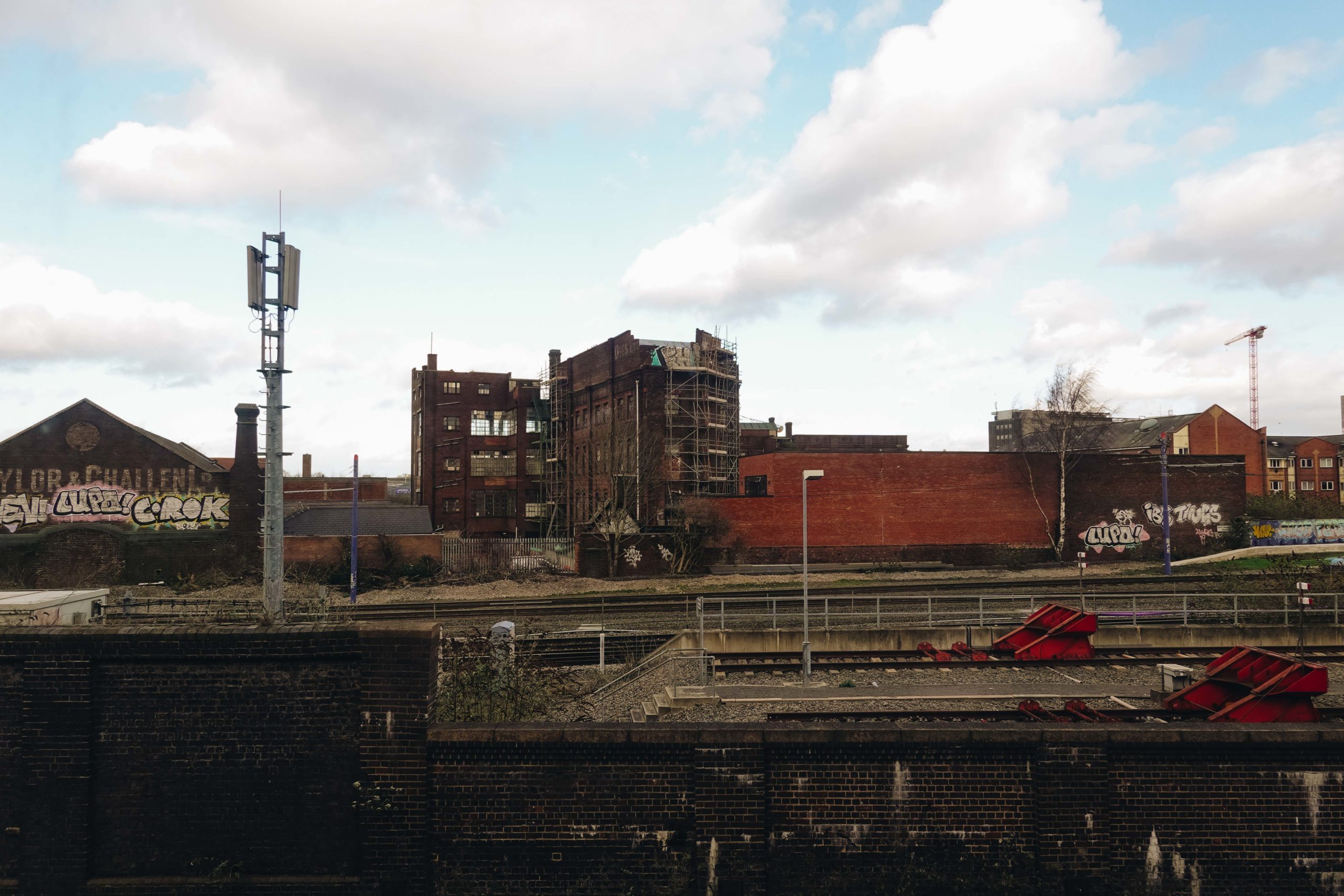 Some of our favorite recommendations include:

This burger joint is amazing, messy and oh so worth it. Located in the Chinese Quarter of Birmingham, hand battered onion rings with the cheesiest, sauciest burgers we could find made for an amazing meal. I opted for the spicy Hell Shack glorious mess of a burger, Julius had the Dutch Piggy. 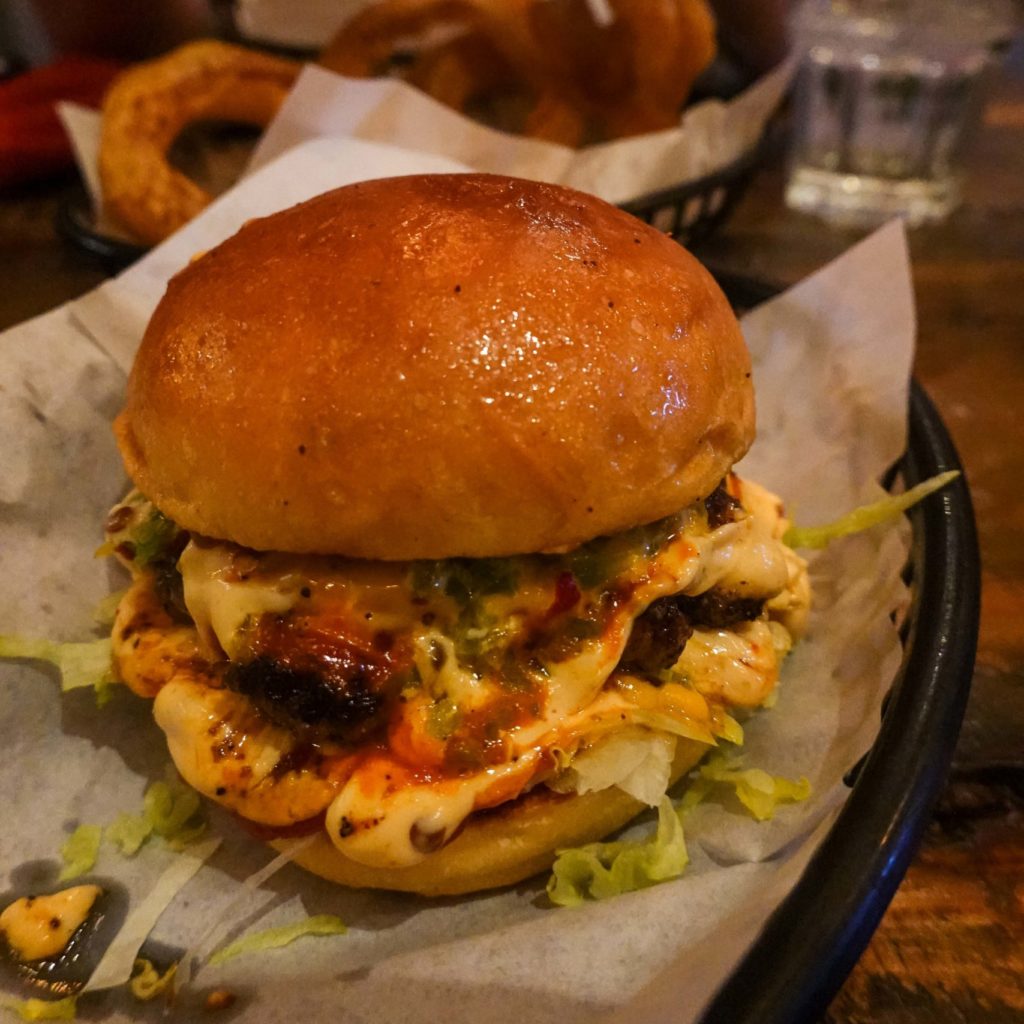 We loved this place so much we went there for breakfast two days in a row. The eggs Benedict on homemade english muffins is a must; topped with spiced ham hock, hollandaise & poached Egg. 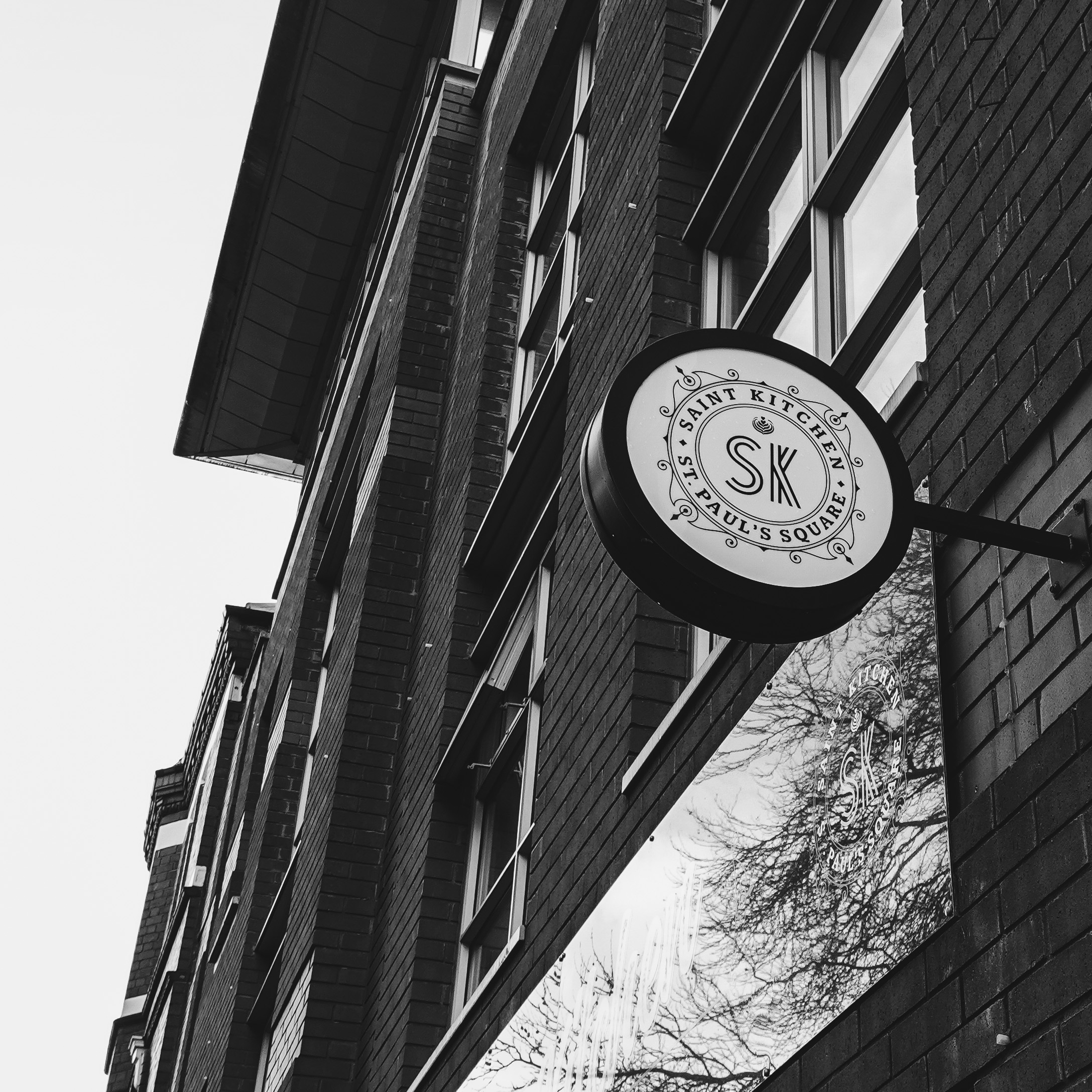 Needing an activity indoors, we set out for Ghetto Golf– an indoor, adult only putt putt golf course with a bar, wild course designs, black light interiors, neon lights, and an 80s-00s hiphop playlist. Themes changed with each hole. From the interior of a Blockbuster, to an actual school bus in the middle of the building, it was a great way to spend the afternoon for only $12, with the student discount. 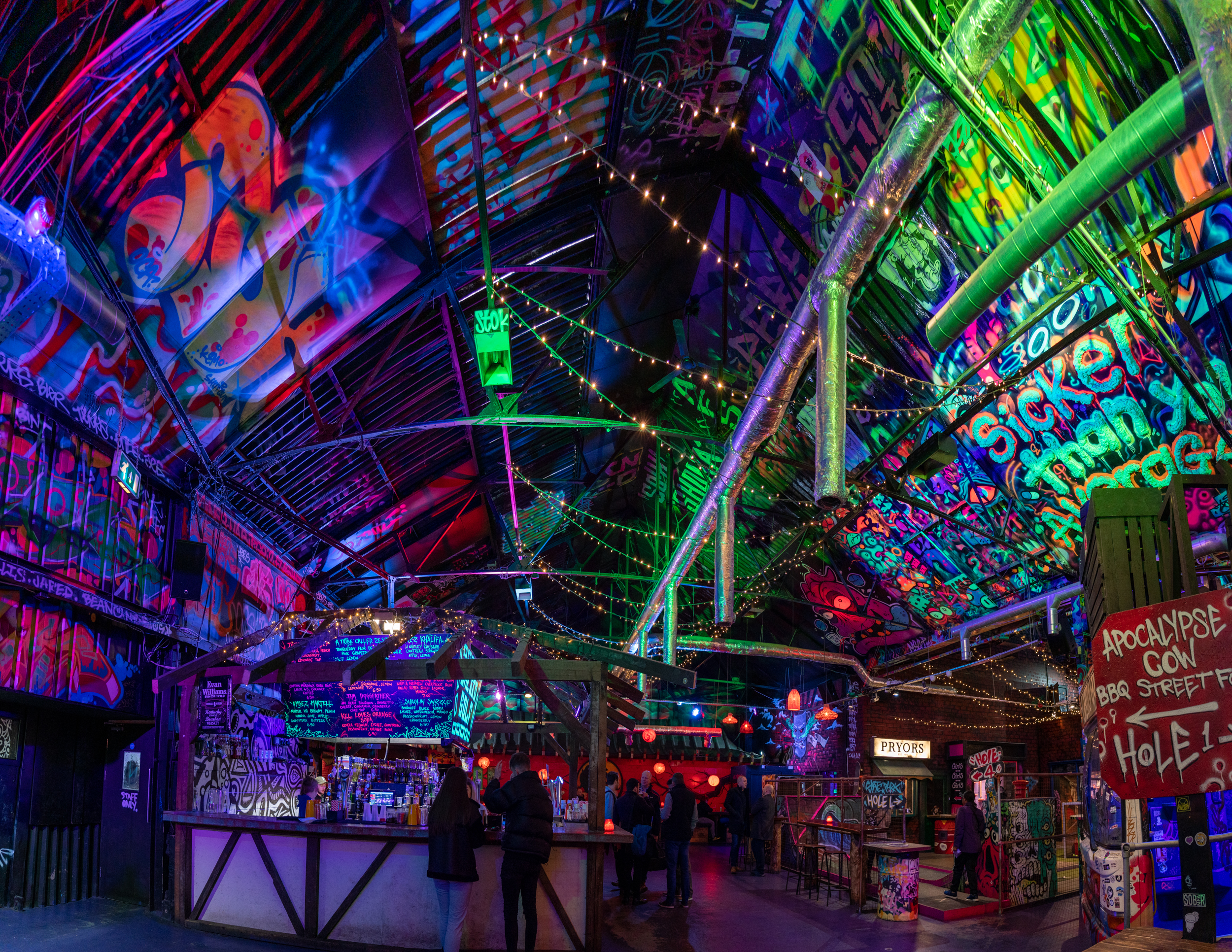 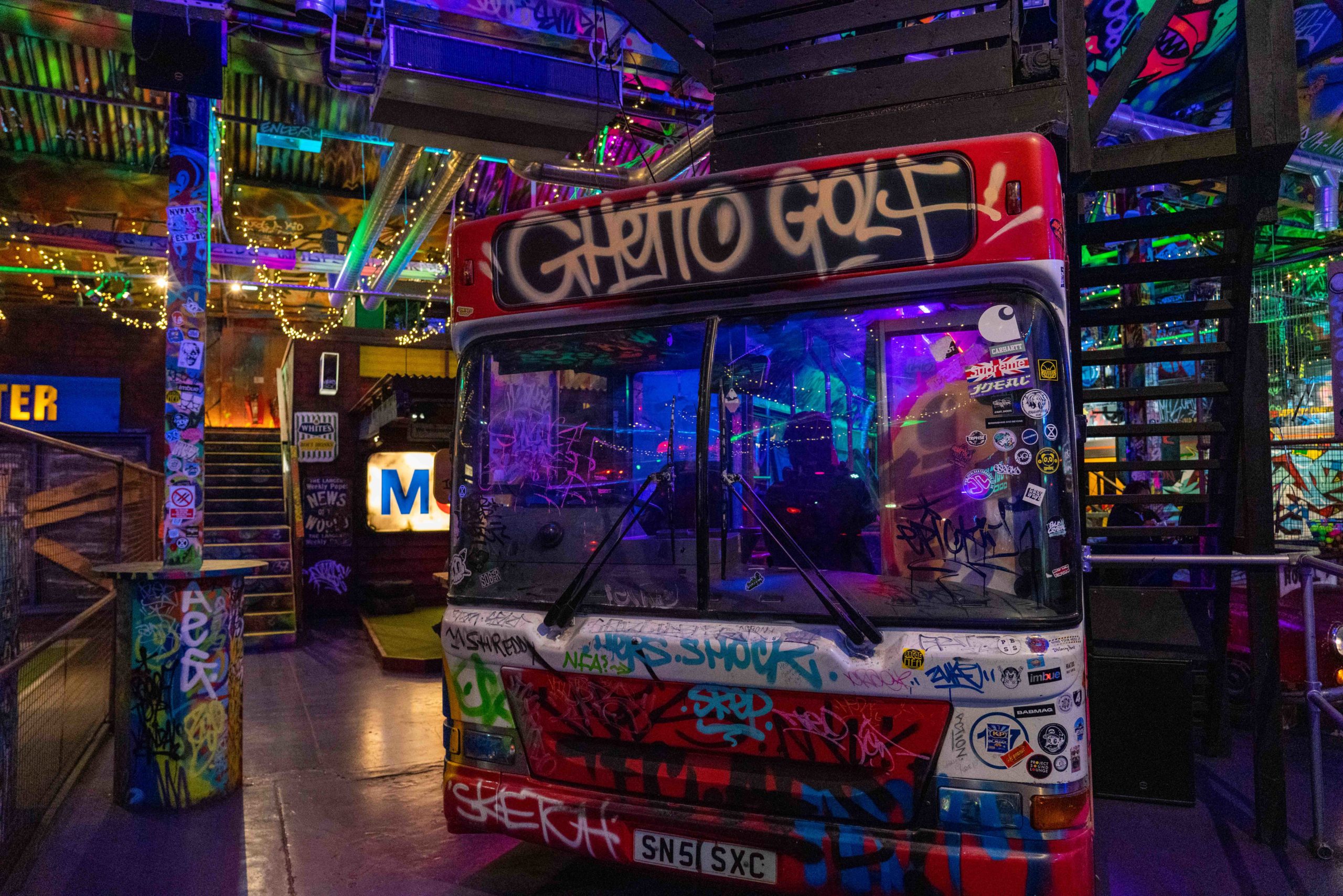 A green light visible from the outside is the only indication this hidden gem is open. 40 St. James is a speakeasy gin-only bar. With over 200 different types of gin, a book explaining every gin’s flavor profile and recommended pairings, this spot is a real knockout. Our server knew every gin they had there and would rattle off the history of the gin, details of the land the juniper berries were grown on and recommendations based on our preferences. We both discovered we throughly enjoy floral gins, most specifically the Stratford Gin from the Shakespeare distillery in England; described as having “rich juniper combined with a savory depth and a floral note.” 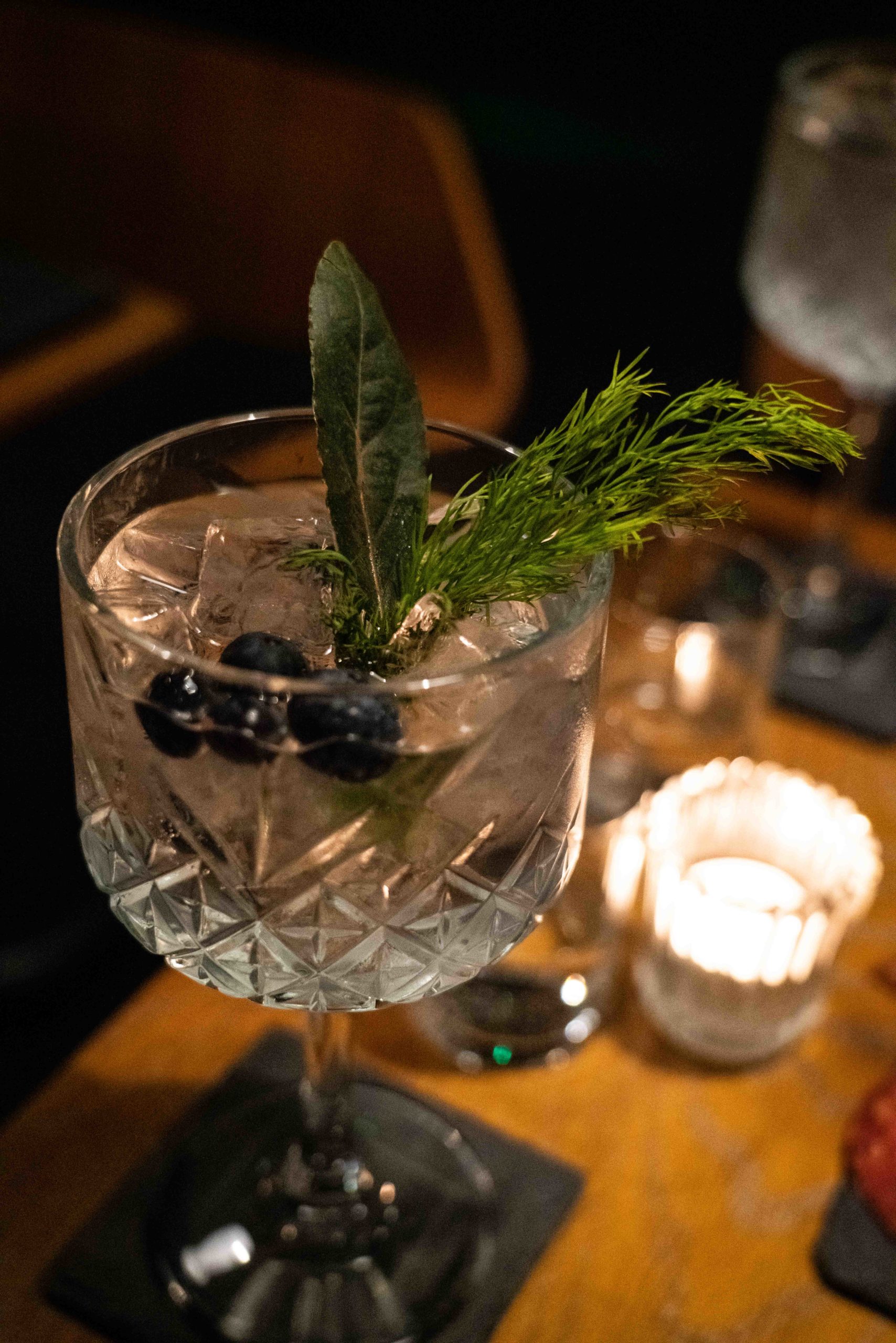 On the 15th of February, we continued our trek to just outside of London to settle and prepare for our long-haul flight to Santiago. The night of the 15th and the entirety of the 16th were everything short of great. After taking a National Express bus from the drizzly Birmingham to the Heathrow airport, I had booked two nights in a rental property that had the feng-shui of a mental institution. Kitchen was stocked with only soap and salt. Our room was all white, with one small piece of art on the wall. While it was a clean place to stay, it was not the most comforting nor convenient. I had put us in a place with almost no nearby food, grocery stores– anything. Our first night we trotted through the dark and rain, and eventually found a pub combined with a quaint Indian eatery. The cuisine had a yummy homemade quality and this was the highlight of our last two days there. The next day we survived off of gas station goods and the spiciest packaged ramen I’ve ever eaten. I’ll admit, booking this property was my biggest blunder of our trip so far. 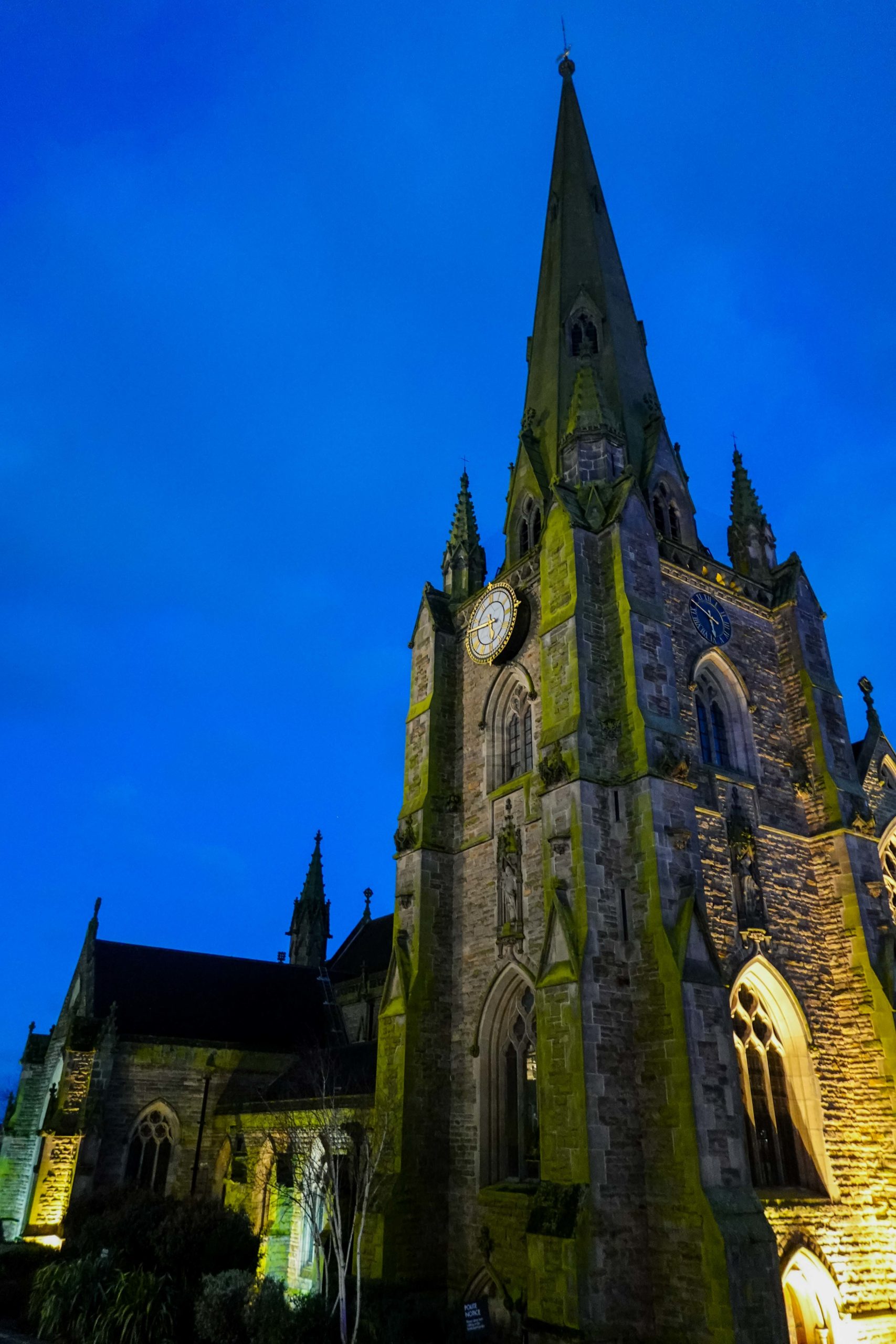 The day had finally come. February 17th we packed up and ordered an Uber to Heathrow airport to begin our journey to Santiago. With just under 24 hours of traveling, we flew from London to Houston, Texas, then to Santiago. Delirious and jet lagged, we had now arrived in a completely different part of the world, in a different season, in a different language. It was time for a new leg of our adventure to begin! 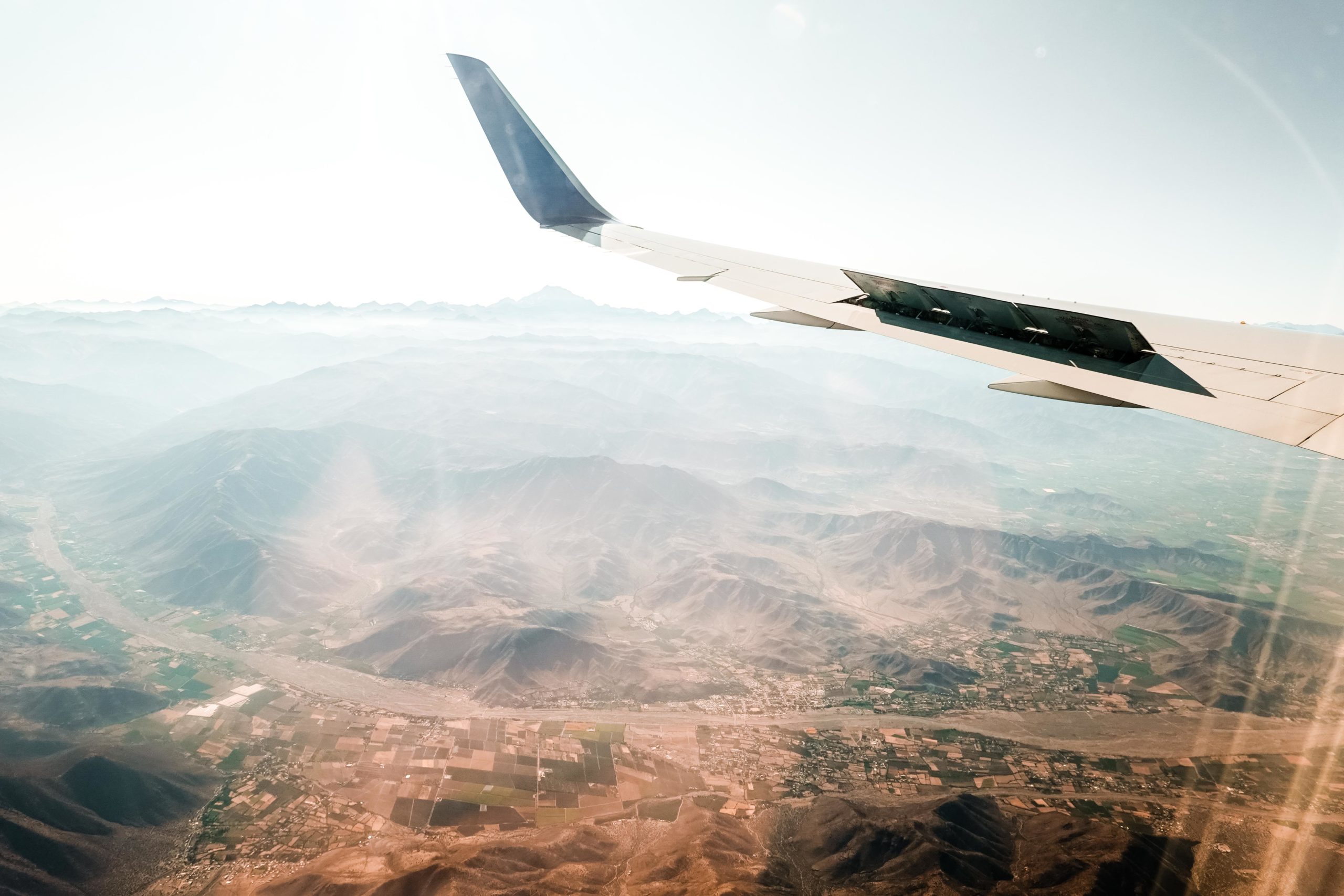 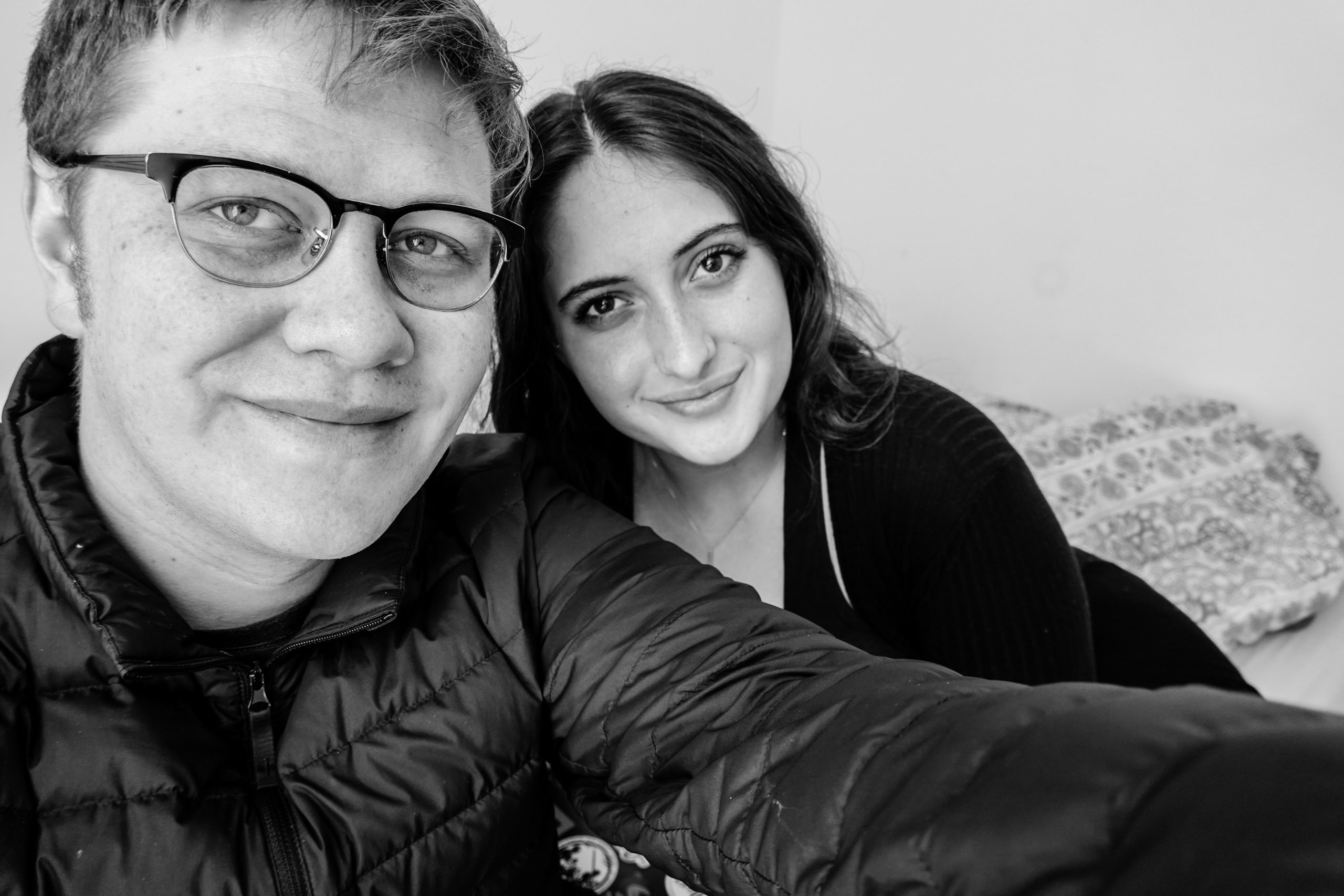